What is BonsAI (Bons-AI)?
BonsAI is a new plant that has acquired intelligence .  It is a project that connects people and nature through the power of technology.
Packed with many of the latest TDK technologies, the aim is to realize the following:

[Hold conversations]
Bonsai may be wiser than humans, since they live longer.
When people consult BonsAI about their problems, it can give tips from the extensive knowledge derived from various times and places.
This feature is aimed at turning BonsAI into an object people can, to some extent, rely on.

[Basking in the sun]
BonsAI walks in search of sunlight when it is in the shade.
When it reaches a sunlit area, it expresses the comfort of sunbathing by lighting up LEDs.

[Asking for water]
When the soil is dry, BonsAI approaches water and asks people to water it. By having BonsAI act like a pet, the aim is to have people cherish plants. 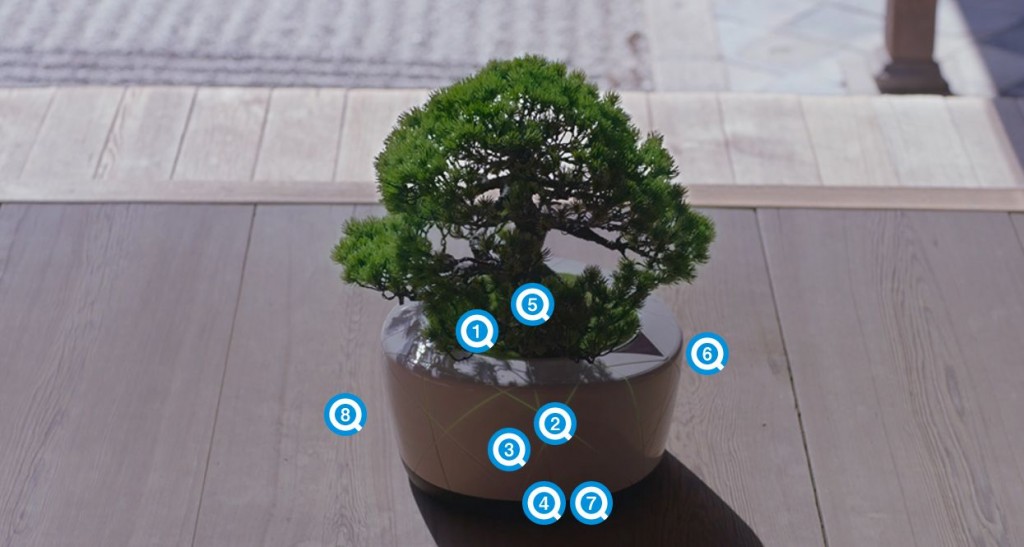 1.Soil sensor: A sensor that measures the aridity of dirt.
2.Camera: A miniature camera installed on the front as a small “eye” for movement control.
3.LED: An LED panel that expresses the feelings of the BonsAI.
4.Speaker: A miniature speaker for conversations between the BonsAI and people.
5.9–axis sensor: One of TDK’s central technologies, a 9–axis sensor, used to achieve stable walking control.
6.Film solar cell: A shapeable TDK film solar cell used as a power supply and illuminance sensor.
7.Wireless electricity supply: A wireless electricity supply device made by TDK which makes things free from cables for charging.
8.Base: Tiny condensers and inductors that are loaded on each piece inside the BonsAI, including the micro computer that controls driving and conversation. Because it contains condensed TDK–made electric components, these cute–looking bonsai weighs over 20kg. 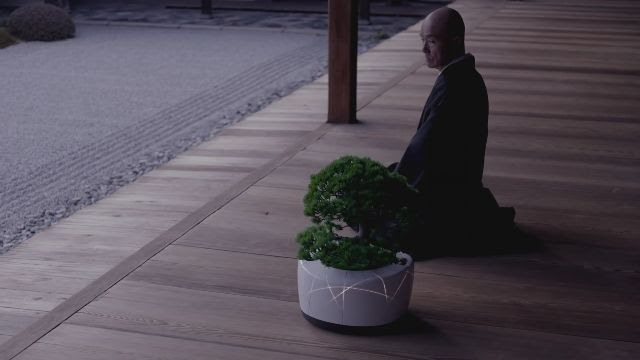