Over 100 000 visitors were treated to an outstanding display of South African design, sponsored by Nando’s, at the recent Milan Design Week, held from 9-14 April 2019. The international food franchise supported a collective of six local designers who exhibited their work at Ventura Future Base in the Tortona District as part of a striking installation entitled Sacrosanct. The exhibition was curated by Thabisa Mjo of Mash T Design Studio, with mentorship from Tracy Lee Lynch, Creative Director of the Nando’s Design Programme. 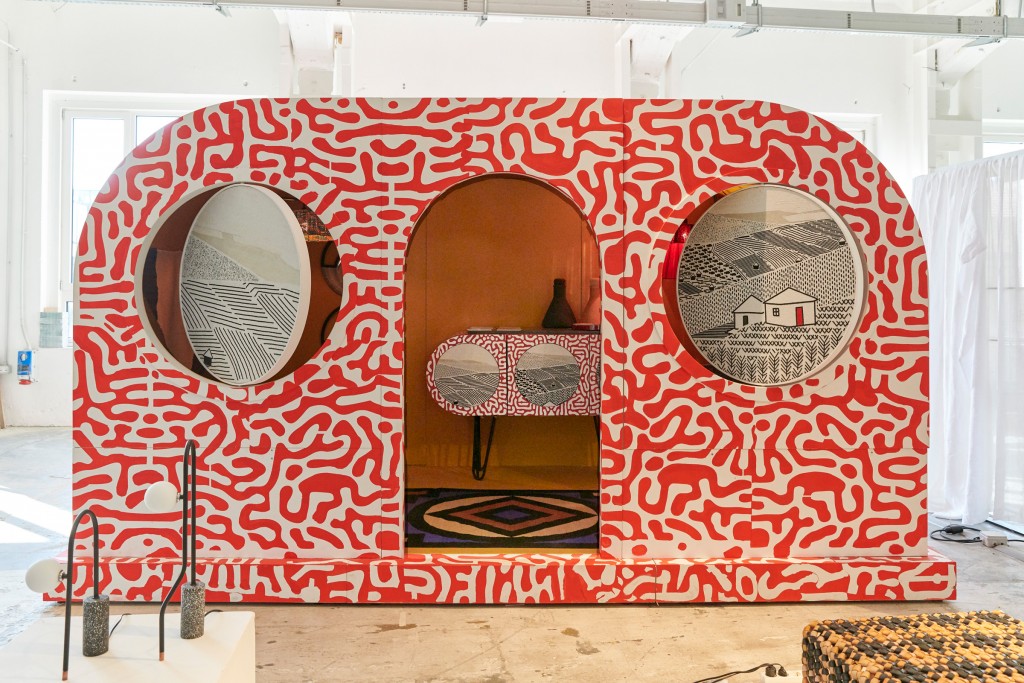 Ventura Future is a platform for bright young stars from across the globe, offering the best of contemporary design from a mix of international academies, designers, brands and labels. Mash T was invited to exhibit as part of Venture Futura by its organizer and curator Magriet Vollenberg of Organisation in Design. “It was a big success,” Vollenberg says. “We sold over 26 000 multi-entrance tickets and over 90 000 individual tickets to Ventura Future” during the fair.

Sacrosanct was viewed by an impressive guest list including international media, interior designers who travelled to Milan for the annual fair and visiting dignitaries such as the South African Consul-General in Milan, Italy, Ms TSD Nxumalo. The latter came to see the stand because she had heard that it was beautiful and was so proud of the participating South African designers that she had to see it for herself.  Lynch states: “This visit was an example of design doing exactly what it should, connecting people and offering positive solutions.”  Slightly further afield, the South African Embassy in Berlin shared the news of Sacrosanct on its social media channels on 8 April 2019.

Overall, the response from the flood of visitors was overwhelmingly positive. “We had people literally crying because they were so moved,” explains Mjo. “One lady even knelt in front of the server inside the installation and expressed just how emotional she felt being in the space. It went very well. We were moved by how moved people were. We managed to start a conversation about South African design and introduce people to what is happening on the design scene here. We’re excited to see what other opportunities will open up because of this installation.” 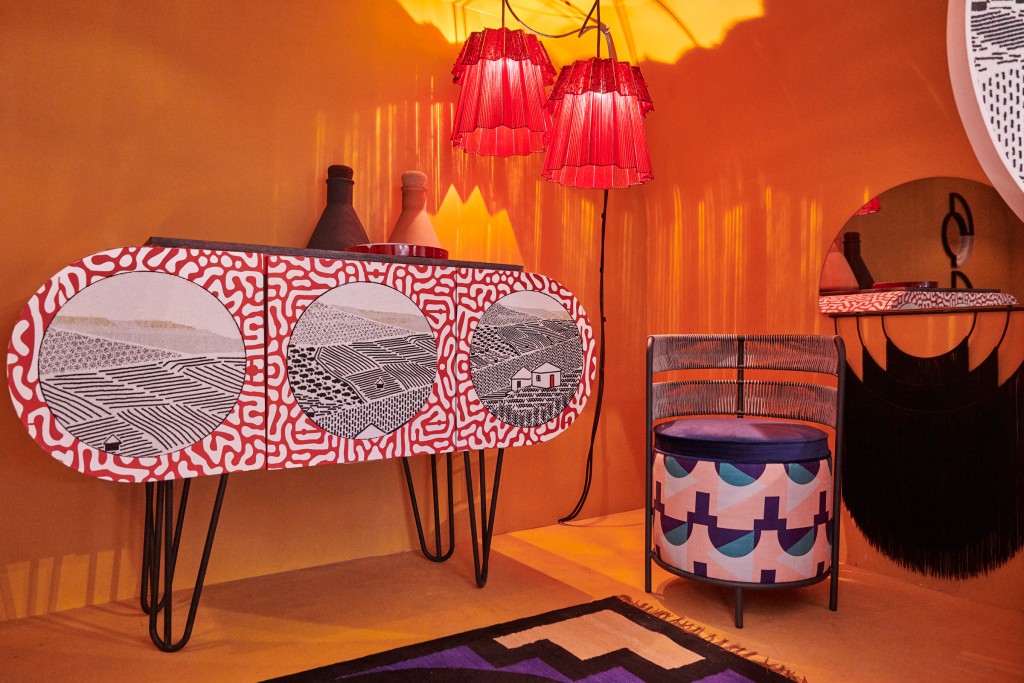 Sacrosanct featured designer lighting and the aforementioned server from Mjo’s own studio together with mirrors by Modern Gestures; carpets by The Ninevites; Mpho Vackier’s Afro-contempo Oromo chair upholstered with fabric by pattern designer Bonolo Chepape of Lula’s Clan; and a collection of four ceramic vases by Laurie Wiid van Heerden of Wiid Design.  A limited-edition tote bag was gifted to select guests and showcased Agrippa Mncedisi Hlophe’s award-winning pattern design. Agrippa is the winner of the Nando’s Hot Young Designer 2018 pattern competition.

For Lynch, one of the most valuable aspects of taking part was “to see the incredible response of the media and all the visitors at the stand. Our bold South African aesthetic and powerful inclusion of craft was truly celebrated. This aspect of our design elevated the curated pieces that were shared and created the opportunity to share personal stories relating to our diverse culture. Design has the power to connect people and to challenge perceptions, to see this happening on the stand was the most powerful experience!”

Mjo concurs and is bringing back to South Africa the key learning “that we are good enough and we can compete on the world stage. That we don’t have to shrink ourselves or “quieten” our sensibilities in order to appeal to the world. Our stories are worth being shared!” 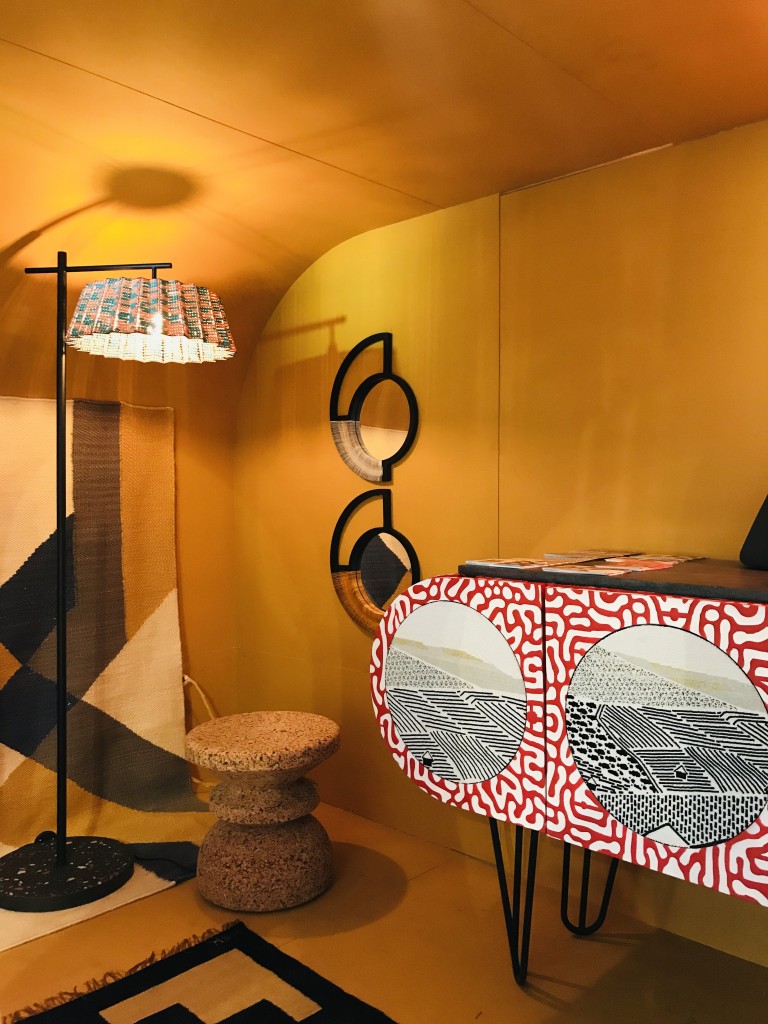 Nando’s supported Sacrosanct because it seeks to promote South African design as a category brand. The restaurant chain – which originally hails from South Africa – has a network of 1200 global restaurants that carry Afro-Portuguese interior design that reflects the dynamism of its country of origin. In addition, the walls of each restaurant display a revolving gallery of contemporary Southern African artwork curated by the Spier Arts Trust, a patron to artists from South Africa, Mozambique and Zimbabwe. The bold, bespoke furniture items featured within Nando’s worldwide are procured through an online interface known as The Nando’s Portal to Africa (www.bepartofmore.com).

Currently, the portal acts as one of the largest facilitators of South African design export and since its launch in May 2018, over R16 million in sales has been transacted through the gateway. Nando’s doesn’t profit from this platform, however, the listed designers do – the portal merely facilitates the commercial exchange on their behalf.

“Thus far, the portal has only been open internally to Nando’s interior design suppliers, but now, for the first time, potential new partners have been given the same opportunity. External homeware retailers, interior designers, architects and related firms, can apply to make use of the portal to place orders for the items that were showcased in Milan. Here, the function of the portal is a legitimising one: the Nando’s brand is globally recognised and provides potential customers with peace-of-mind regarding a professional level of order fulfillment, quality execution and uninterrupted delivery timelines,” says Michael Spinks, Property and Development Director at Nando’s South Africa. 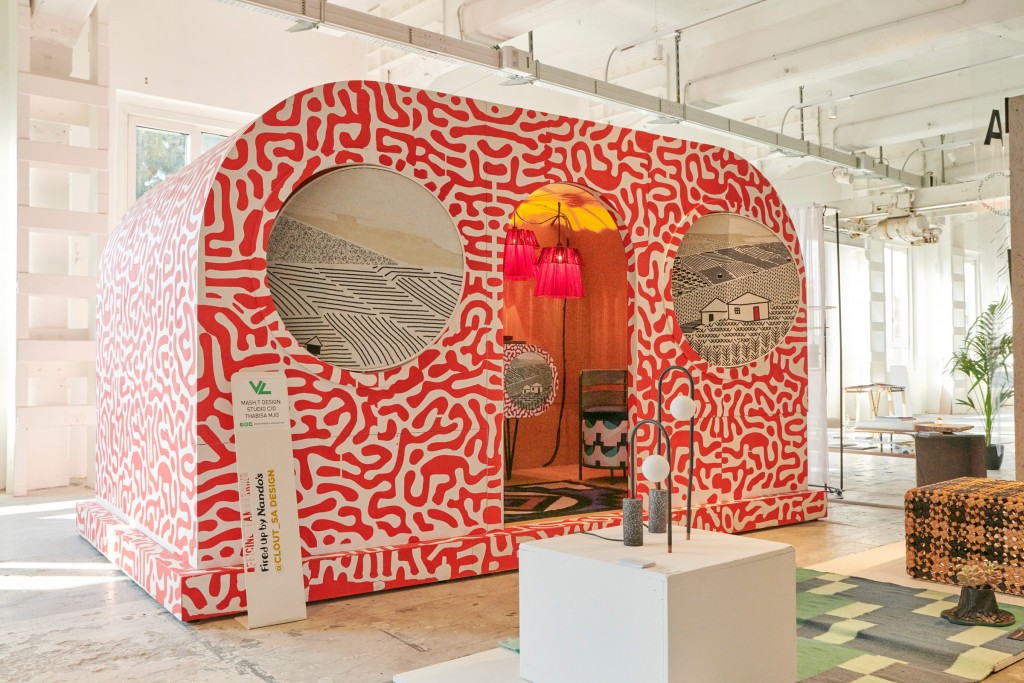 Yet Milan is just the beginning, with the Nando’s Design Programme aiming to exhibit collaboratively and supportively with South African designers at other international design fairs in the foreseeable future.