Is a map that changed the world 200 years ago still relevant today? Leading global mining artist Jeannette Unite is staging her latest exhibition in Exeter to bring the work of pioneering British geologist William “Strata” Smith back to life Deep Time. Subterranean Britain. It sounds the stuff of a sci-fi movie, doesn’t it? Yet we aren’t talking about the future here. We’ve gone back in time. To 1815 in fact, when Britain’s William “Strata” Smith uncovered the secrets of the earth and recorded them in the first soil map of England and Wales.

Smith’s map changed the world, birthing modern-day mining geology and the key to the industrial age’s fuel, meaning ongoing commercial and colonial power for Britain. His work can never be under-estimated, for it is mining that sits the source of almost everything that forms our modern day world – barring agriculture, of course. Smith’s archive is currently stored at Oxford University Museum, and this year, his groundbreaking map – the pun very much intended – has its Bicentennial.

Leading global mining artist Jeannette Unite is commemorating this significant anniversary by hosting an exhibition of her recent works at the Centre for Contemporary Art and the Natural World (CCANW) at the Innovation Centre at Exeter University from the 22nd of October 2015 onwards. The exhibition explores the soils of ‘Deep Time’, framing an investigation into subterranean Britain through Smith’s Oxford archive. 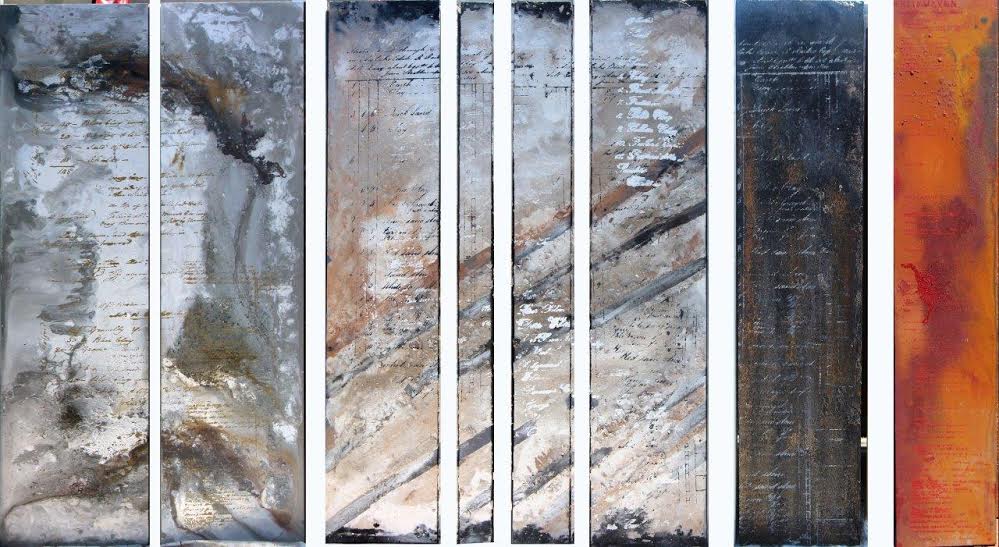 After a roadtrip to mining sites around the UK, and in direct response to Smith’s work, Unite has created a new series of ‘Deep Time’ mineral paintings that incorporate mining minerals that she has gathered, combined with embedded text from Smith’s archive. These striking, large-scale contemporary artworks – including a 30m long painting – are presented alongside a compendium of minerals and geological samples.

Unite has been known as a pioneering mining artist for over fifteen years, and is currently based in South Africa. She is one of the five most respected global artists who deal with the subject matter of mining.

Since the early 1990s she has actively explored mining and the extraction of minerals and ingredients from which technologies and urban spaces are manufactured. This has involved travelling to many mining, industrial and heritage sites for samples and to research and photographically record evidence of the residual remains of power, industrialisation and neo-colonialism on the landscape.

Unite was enthralled upon first seeing Smith’s original map in the Geological Society at Burlington House in London as well as cross-section notes at Oxford University. Not only is it known as the world’s first geologic map, but it was the first to map such a large area in such detail. Her new works – including a 30m long painting – promise to unearth a whole new seam of interest in the map that profoundly changed our world. You’ll be similarly enthralled! 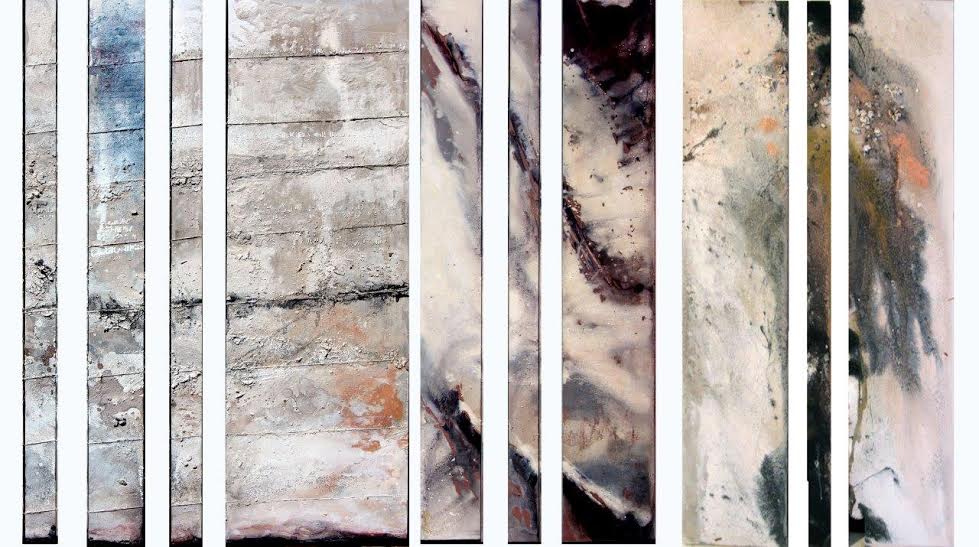