This series of work is called “The Anxiolotic Effect” – an anxiolytic (also anti-panic or anti- anxiety agent) is a medication or other intervention that inhibits anxiety. All of the works in this series are named after the active ingredients in these medicines and substances that induce this effect. There are other substances that can also produce an anxiolytic effect and the work plays with this idea and poses the question of whether art can produce an Anxiolotic Effect.

On the 5th January 2019, a friend of the artist ended his life. She had known him for 18 years. Their careers have followed a similar trajectory – both had busy freelance design businesses, worked for similar clients, started teaching design at a similar time and he was a provocative video artist. Stewart says she had no idea that he suffered from anxiety – none whatsoever – but those closer to him knew that this was part of him.

This traumatic experience has caused her to contemplate mental health issues – deeply. She asks: “Why is mental health something we hide, something that seems shrouded in shame? If he had cancer I would have know about it, for sure. It has been a personally devastating experience the finally realise how silent and lethal this killer is”.

Yet mental health issues remain hidden behind a façade of polite conversation, social queues and etiquette that says we are not allowed to talk about these issues with our friends at parties and picnics.

The artist is trying to make sense of all of this, her mind turning to many themes in the story – only some of them appear in this body of work. 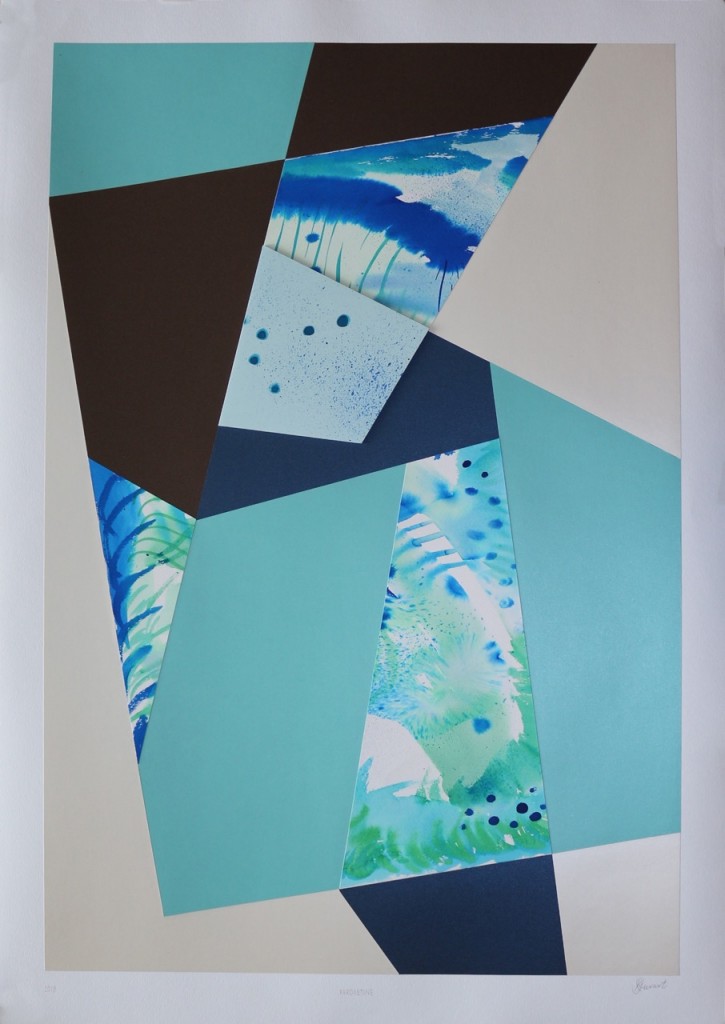 Stewart recently facilitated for a group of physiologists, psychiatrics, psychiatric nurses, neuro-scientists and psychedelic substance therapists who are joining a growing international movement of people who are investigating and using psilocybin (magic mushrooms), LSD, MDMA and other illegal substances to cure a whole host of mental illnesses. The John Hopkins Hospital in Baltimore has a Psychedelic Unit that has been conducting research on some of these substances for 15 years and clinical trials are showing positive results.

Dr. Roland Griffiths, who heads up the unit, reports that respondents show long-term positive behavioural changes, including increased positive mood and better social relationships. It appears that psilocybin gives your brain a crash course in change. These results have several implications for scientists; among them being the observation that mystical experiences appear to be biologically normal. Griffiths asks:

“Why are we wired to have these salient, felt to be sacred experiences of encountering ultimate reality – of the interconnectedness of all people and all things? … There is something about the mystical experience that relates intimately to the nature of consciousness”. 1

Stewart’s exposure to the ideas behind this new research, and the fundamental questions it poses about the state of mankind, and the experiences and stories shared by the group of like-minded mental health practitioners has made her rethink healing. This new research – based on the knowledge of the ancient people of the world – begs us to question if mental illness can and should be treated using the current protocols available to Western medicine? She questions whether there is an important, overlooked key to be rediscovered in ancient shamanistic practice and substances?

This theme was explored in her Masters research in 2006-7 when the artist set about discovering some of the ancient, indigenous ways of using and naming South African plants. The research began to reveal a deep underlying tension between the traditional healing fraternity and Western Medicine. Traditional healing at that time had a bad name; many Western doctors believed that traditional medicine was superstitious at the least and dangerous at the worst. There was a lot of criticism leveled at traditional healers for the types of plants they used, how they used them (dosages were sometimes lethal), how they harvested them and what they used them for. A huge body of research and advocacy work has been done since 2007 to try to create a dignified space for South African traditional healers to operate from. However the artist still believes the tension remains, and indigenous knowledge of how to heal bodies is still misunderstood and under utilised. 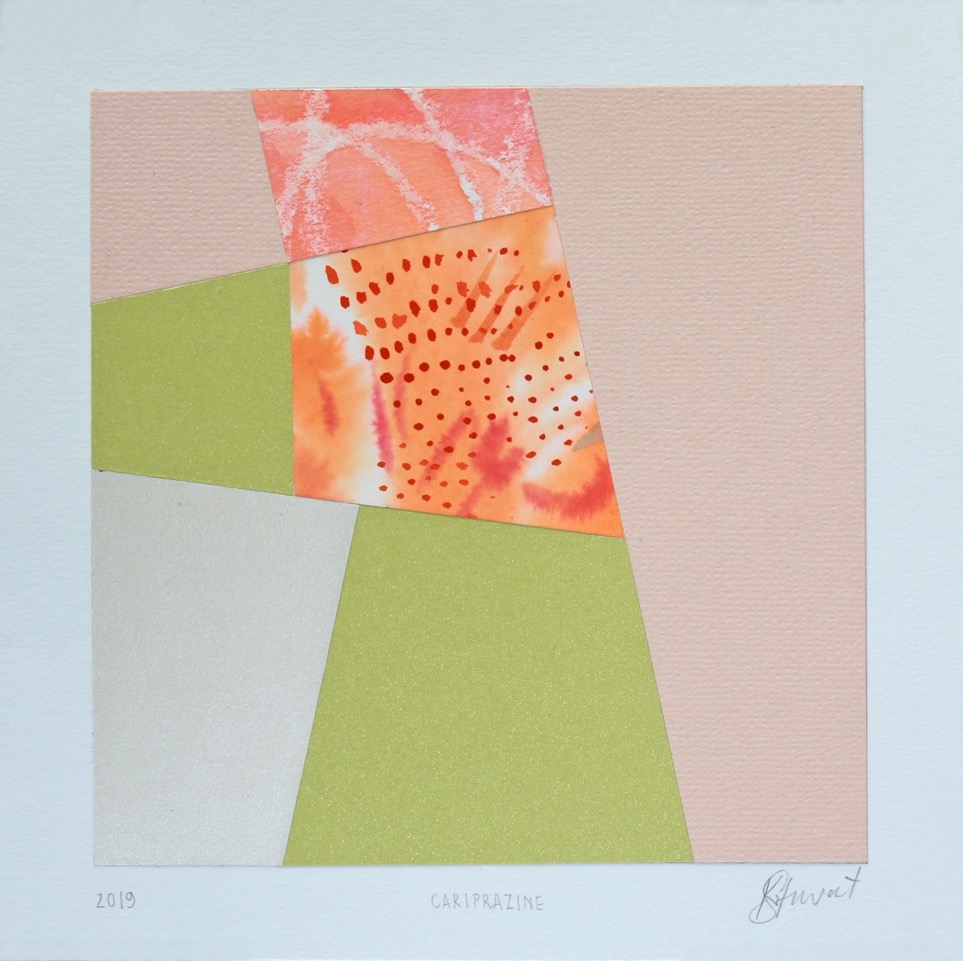 This body of work invokes this old theme of the artist’s preoccupation with the subject of what actually heals humans. She says her personal story over the past two years is that she uses art making to help keep calm and centred. She finds that her artwork process has been hugely beneficial in helping her to process some of the trauma and issues life throws her way. She says: “When I make art, I feel calm, peaceful and at one with the world – the intensity of the process absorbs and focuses my mind. If I loose focus, the pieces simply do not fit together”.

Art over the ages has acted as a many things, and it certainly has the power to influence human emotions and therefore the human state of mind. Think of the outrage – protests, death threats, violence that “The Spear” by Brett Murray caused in 2013. 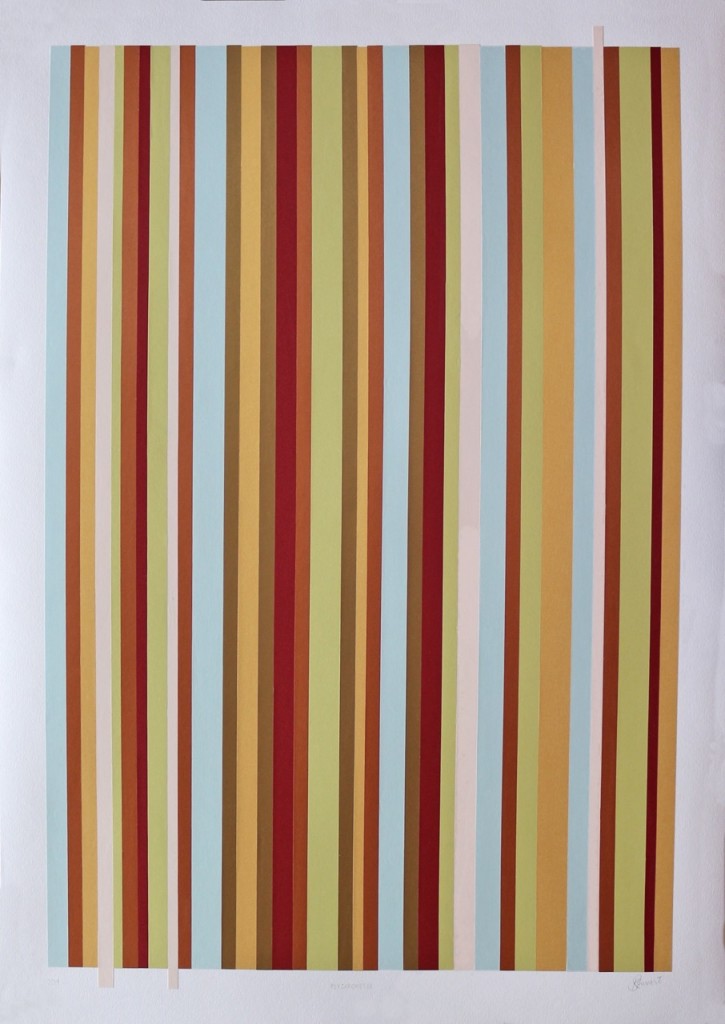 The artist recalls an experience she had of Mark Rothko’s work, which she saw in the Tate modern 20 years ago. She says she is still able to clearly connect with the feelings the work evoked in her at the time. She remembers vividly the eerie sensation of everything around her quieting down as she looked at the work – slowly the subtle changes in the colours of the canvas filtered into her mind. The longer she stood in front of this immense painting the calmer she felt. She gradually became aware of a feeling of sadness welling up. She wonders if Rothko intended his viewers to feel all these things, but reports that the feelings were connected through the simple act of looking at the paintings. She says:

“It was a powerful moment for me, one I still feel so grateful for having experienced”.

I make art to feel better, to make sense of that which I find confusing and flummoxing. I make art in the hope that I can connect with some of the feelings my audience holds inside of them. I offer my work with the hope that when they look at it, that they could feel – even for a fleeting moment – happiness, contentment and joy.” 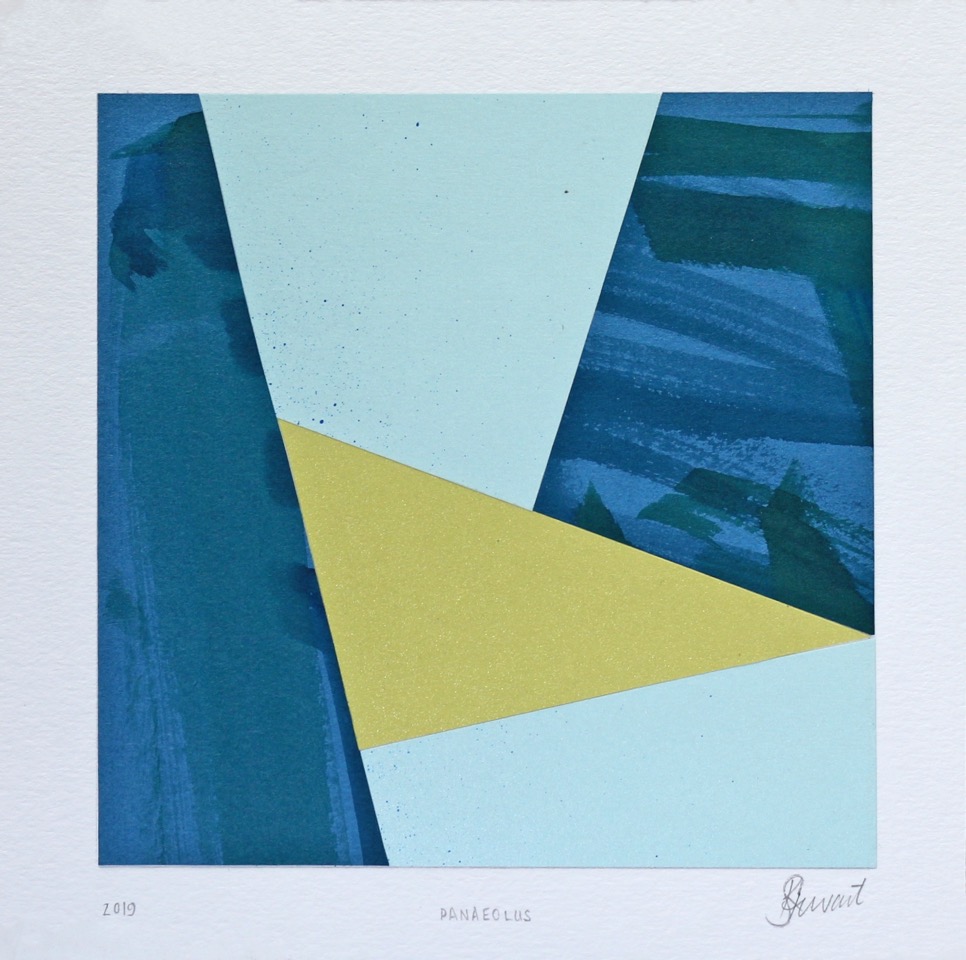 The artist hopes that in the chaos of our crazy, messed up world, that her art opens us up to the possibility that there is good in the world, and that we are reminded that humans are capable of higher order thinking, and most of all – that there is hope. She offers her work as a positive message about the beautiful, creative and powerful ways we can be.

Her intention is that this body of work can go some small way towards raising awareness, asking questions about, and hopefully starting healthy conversations about what we can do as South Africans to destigmatise mental health issues. Stewart believes in the power of words and conversations. She asks her audience: “What conversation can you start to make this subject less taboo”?

Karen Stewart’s collection “The Anxiolotic Effect” can be viewed at the Candice Berman Gallery Stand on 24 – 26 May 2019 at Design Joburg at the Sandton Convention Centre.

1 “The science of psilocybin and its use to relieve suffering” talk by Dr. Roland Griffiths https://hopkinspsychedelic.org/ Referenced 15 March 2019