Whenever I need a bloody delicious steak that’s serious value for money, The Hussar Grill is my go-to. It doesn’t take much to convince my vegetarian partner (more on that later) to come with me, and we cosy-up in yesteryear’s ambience. Think white tablecloths, silver cutlery, emerald green leather seats. It’s not hard to realise that the things that were indeed better in the good ol’ days can still be had – and fabulously so – in the present. A big thank you to The Hussar Grill for preserving the best of traditional restaurant values like excellent service, warm atmosphere, complimentary snacks on arrival, and marvelously meaty meals that don’t break the bank, and continuing to serve them up to this day, 56 years on!

We don’t deviate much from our own formula for success when we go there. Our favourite entrées include the grilled mushroom and the overly generous portion of steak tartare with a wide variety of accompaniments. Each time we go, we contemplate ordering something else from the extensive selection of starters, but we just end up defaulting to the tried-and-tested-and-loved! If it ain’t broke, why fix it, right? 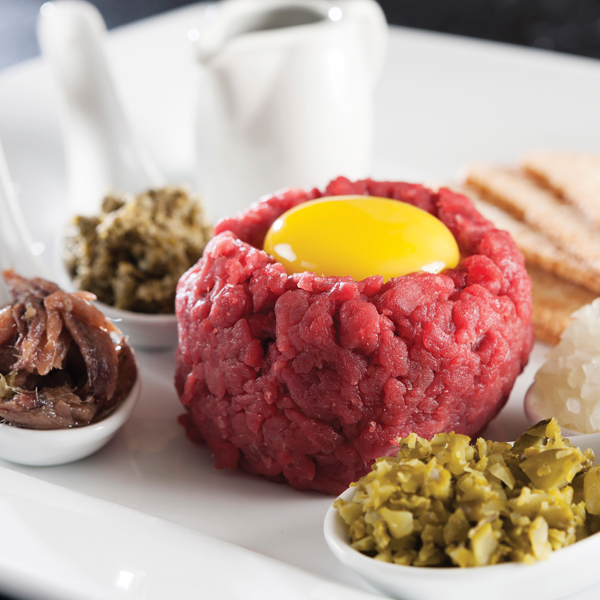 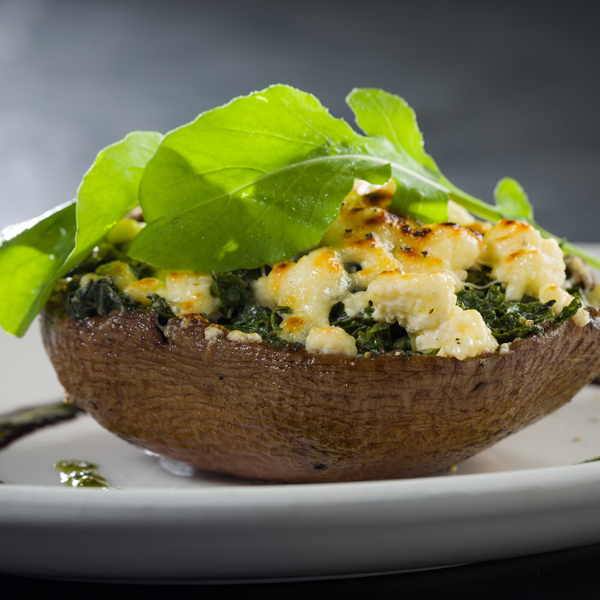 When it comes to Mains, however, here, we’ve eaten wildly across the menu. Veggie hubbie has enjoyed the new additions of gnocchi and lentil curry that have broadened his choices. My meat-eating adventures have roamed from the oh-so-very-French Chateaubriand, complete with brandy-fueled flames and a brilliant Bearnaise, to a pristine medium-rare rump. At the moment, though, the T-Bone seems to be winning the day with its killer combo of fillet AND sirloin. Fillet AND sirloin. I’ll say it again – you get TWO steaks in one, separated only by that aforementioned signature bone that doggie is always very grateful for later. 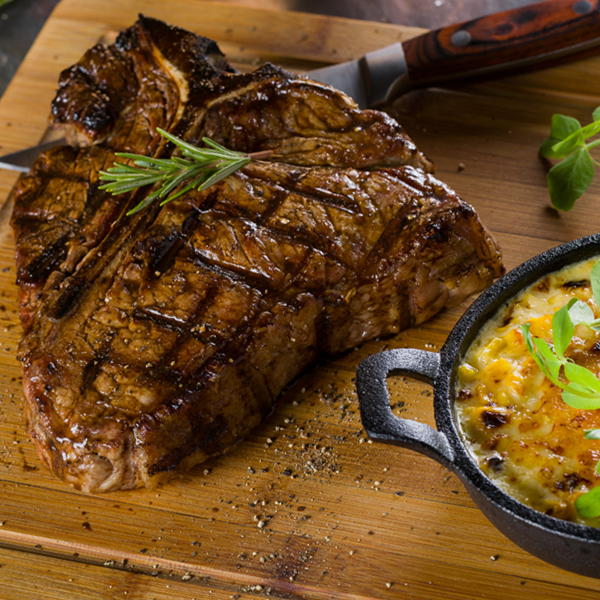 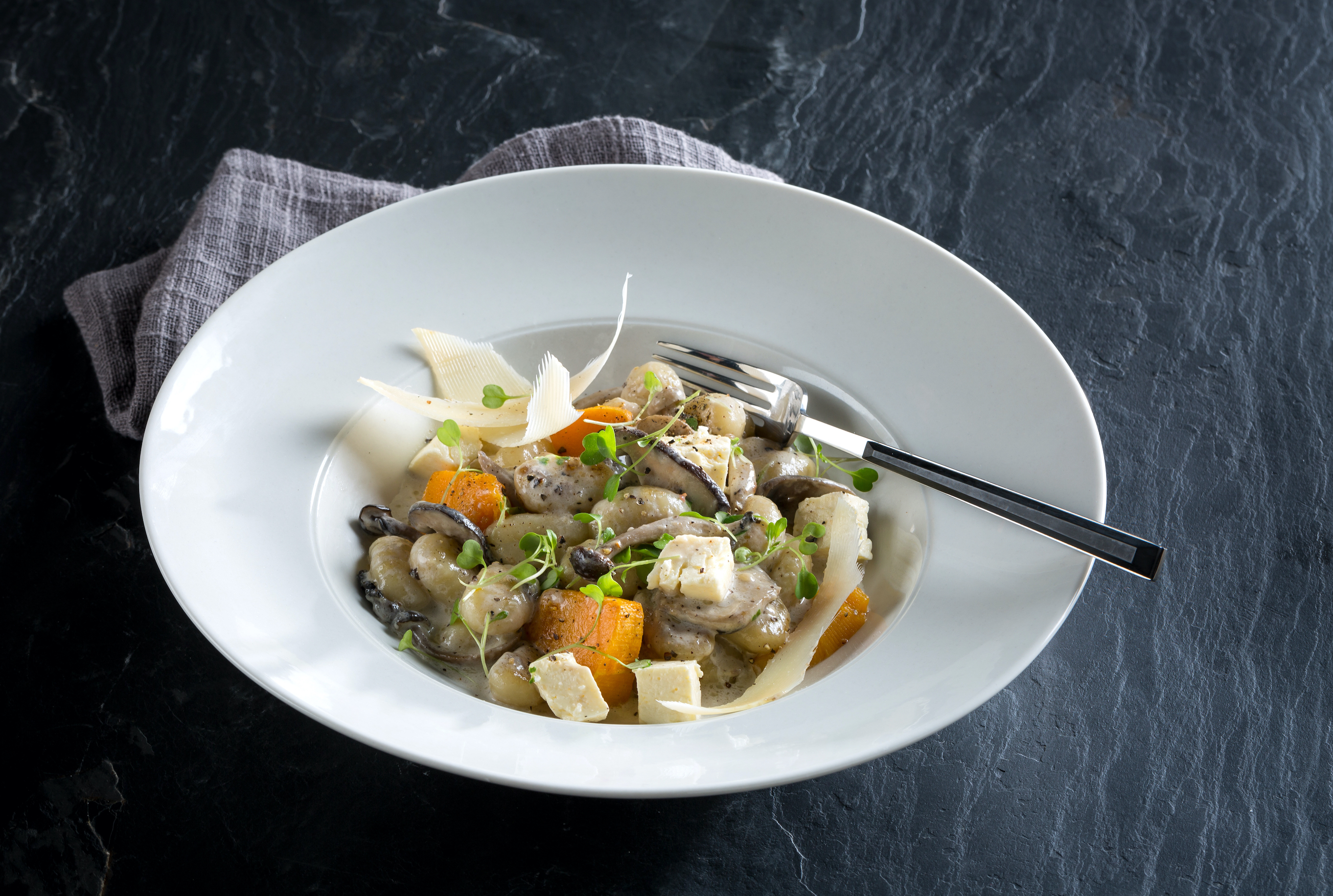 The “pleb” in me does like a sauce with my steak, so I order the Monkeygland on the side, but I also ask for the steak to come with one of the restaurant’s utterly delectable compound butters. I’ve tried both the Café de Paris and the Bone Marrow butters and I’ve become a complete convert. I don’t think I can ever order steak without one of these ever again. According to the judges of Masterchef Australia, everything’s better with butter, and I couldn’t agree more! The Hussar Grill’s seasoned serving of butter sits like a melting, golden disk of marvelousness atop your grilled meat. Mmmmm….

The Mains come with your choice of sides. We love the hot chips at The Hussar Grill. They’re big and they’re crispy on the outside, so you get bites of both soft, pillowy potato and an irresistibly crunchy texture. Nowadays, you have the option of ordering your chips with a dusting of truffle oil and slivers of parmesan, a foodie moment you’ll find yourself reminiscing over long afterwards.

If there’s ever room for dessert, we’ll share a crème brûlée, but more often than not, we’ll finish our feast with the restaurant’s famed Chocolate Vodka Martini, sipped ever so slowly… 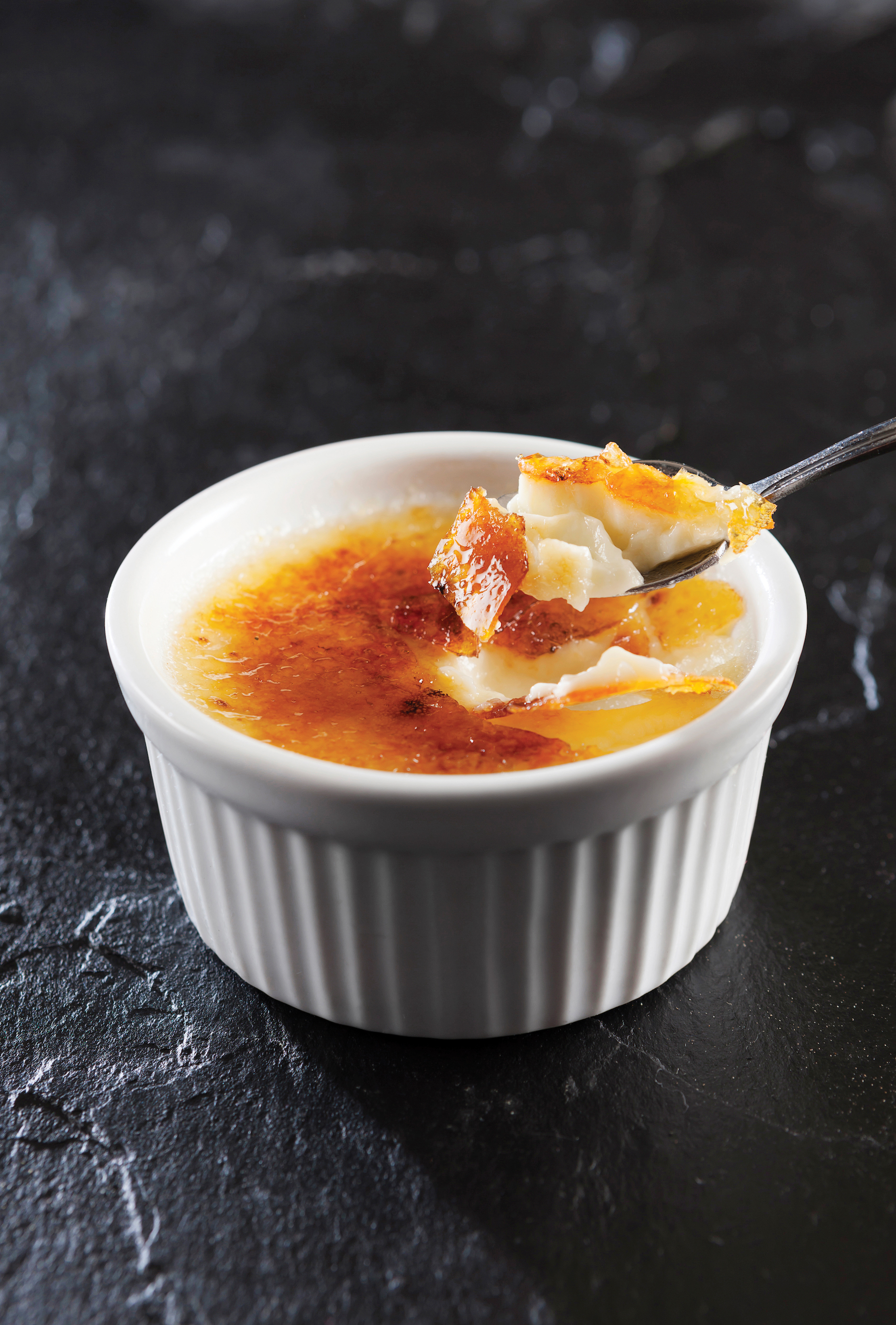